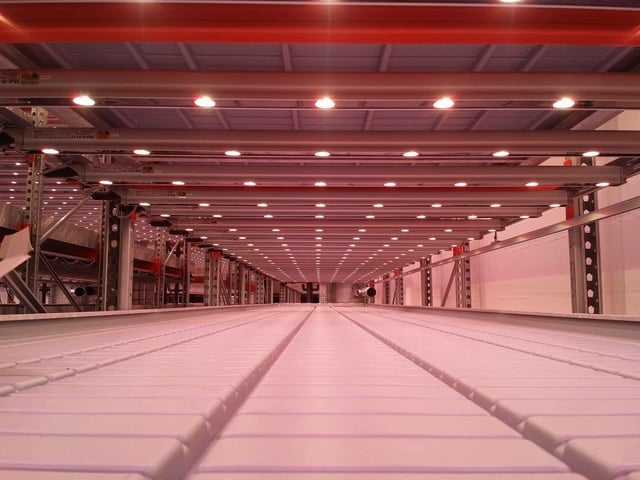 Urban Farming is a relatively new concept to the UK but is something that is fast growing and in the next few years will contribute to a large percentage of produce sold in supermarkets. Vertical Farming is a popular method of growing as it is the best way of utilising facility and space available.
Urban Farming can be divided into many groups but is generally defined as the practice of cultivating crops in an urban area. There are many challenges that come from trying to sustain crops in urban areas, some seem obvious like light, space and temperature control, however, there are all other kinds of problems that can only be solved by using modern technology to regulate the environment that the crops are grown in.
Because the plants are grown vertically the irrigation system must be thought about as the usual deep-rooted soil is not available and the plants need proper irrigation. High tech urban farms utilise artificial light and environmental control of temperature, humidity and some gases.
Hydroponic systems can be lit by LEDs that mimic sustainable sunlight. Paired with software that can detect issues and evenly distribute all the aspects that usually cannot be controlled. When done right this thorough management can eliminate the use of herbicides and pesticides.

WHAT ARE THE BENEFITS?

The benefits of urban farming outweigh the cost of the initial set up. Recent studies have shown that the transportation of foodstuffs is one of the largest contributors of CO2 when using an average mile’s calculator and this number will grow as the demand for food does. Growing food closer to the production factories can hugely reduce the food miles. As the produce is monitored with state-of-the-art technology the recipes used can be altered and perfected over time meaning less ‘unusable’ product is made and a large percentage will make it to the shops.
Crops can be produced all year round. Seasonal farming can mean popular produce such as salads and strawberries become more expensive to consumers in the colder months. This type of farming can help flatline the cost of fresh produce and send savings directly to consumers.

HOW WE HAVE HELPED DEVELOP URBAN FARMS IN THE UK

Qudos have been involved with large vertical farming projects in the past and have implemented lighting and software systems that grow the produce as explained above.